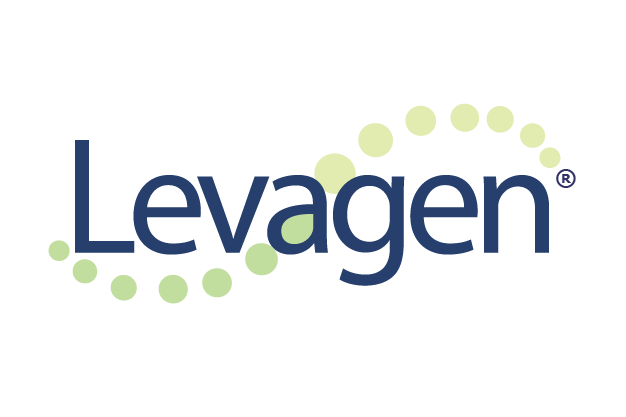 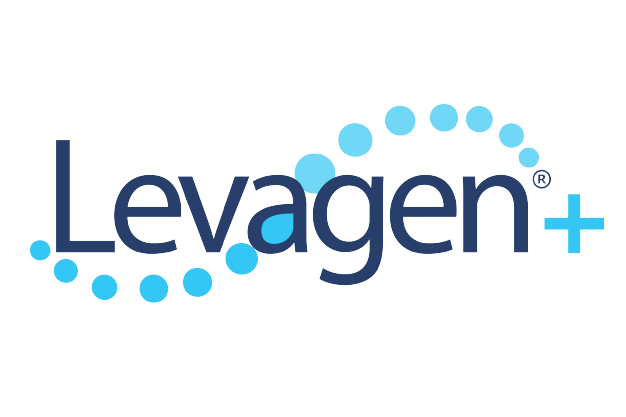 A parallel, double-blind, bioavailability study was conducted with 28 healthy male and female volunteers over 18 years old to measure uptake of Levagen®+ (PEA) over a 24-hour period. The objective of this trial was to determine whether the use of a lipid-based drug delivery system, LipiSperse®, can be successfully used to improve the bioavailability of Levagen®.

The results indicate that by combining Levagen with LipiSperse® delivery system, PEA absorption is more effective.

Double-blinded, randomized, placebo-controlled 8-week study to assess the safety and efficacy of Levagen® on patients with mild to moderate osteoarthritis. The clinical trial studied 120 patients:

Palmitoylethanolamide is both a powerful anti-inflammatory and pain reliever, providing an all-in-one solution for managing discomfort.*

A double-blind, randomised, placebo-controlled study to evaluate the effect of orally dosed Levagen®+ on exercise recovery in 28 healthy males (18-35 years).

30 minutes after ingestion of product, participants were exercised to induce local leg muscle fatigue using a leg press (4 sets of 80% of 1RM). Participants consumed the supplement again post-workout and dosed once daily for three days thereafter.

The results suggest that Levagen®+ may allow individuals to train harder and longer than placebo by reducing muscle damage and sparing anaerobic energy metabolism. This allows athletes to push past their limits and improve training response. 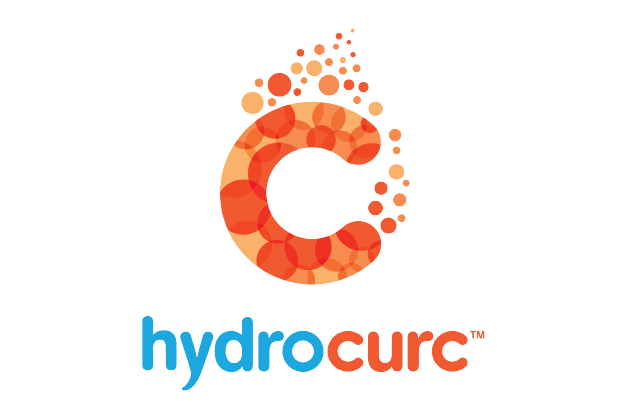 A parallel, double-blind, bioavailability study was conducted with 28 healthy male and female volunteers over 18 years old to measure uptake of Hydrocurc® PEA over a 24-hour period. The objective of this trial was to determine whether the use of a lipid-based drug delivery system, LipiSperse®, can be successfully used to improve the bioavailability of Curcuma longa extract (95% curcuminoids).

These results indicate Hydrocurc® to be the most bioavailable curcumin seen in industry to date with the lowest dose.

Hydrocurc® also had the highest loading of Curcuma longa extract (90%) with the lowest load of excipients (10% Lipisperse®).

A double-blind, randomised, placebo-controlled study to evaluate the effect of orally dosed Hydrocurc® on exercise recovery in 28 healthy males (18-35 years).

30 minutes after ingestion of product, participants were exercised to induce local leg muscle fatigue using a leg press (4 sets of 80% of 1RM). Participants consumed the supplement again post-workout and dosed once daily for three days thereafter.

These results suggest that Hydrocurc® may allow for a quicker return to exercise training or ability to exercise higher thresholds. This may be due to an interaction between IL-6 and IL-10 eliciting anti-inflammatory properties which reduce thigh circumference, pain, and modulate energy metabolism.

Activation of mTOR pathway also indicates Hydrocurc® to be a potential stimulator of muscle hypertrophy.

These results indicate that co-administrating HydroCurc® with 18 mg elemental iron for 42 days can significantly increase serum BDNF levels and ferritin levels, which may suggest the ability to enhance cognitive function (memory & learning) and tolerance to iron supplementation. 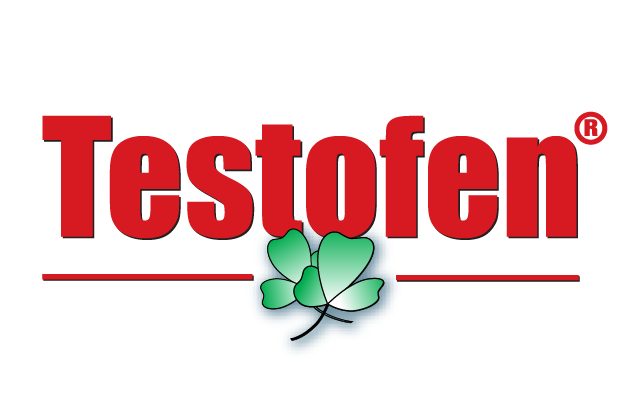 ‍
Participants were given a clinically validated questionnaire (AMS), which was comprised of seventeen questions in three sub-scales (Psychological, Somatic, and Sexual). This questionnaire helped gauge the level of severity of Andropause symptoms. In addition, this study also used the DISF-SR to measure the parameters.
‍

This study suggests Testofen® to be a safe and effective treatment for reducing symptoms of possible androgen deficiency, improve sexual function and increase serum testosterone in healthy middle-aged and older men.

Muscle strength (1RM leg and bench press) and muscular endurance (80% of 1RM bench and leg press until fatigue) were measured.

Dose-dependent improvement in lower body strength across all three groups.

Testofen® at a 600 mg/day dose in conjunction with an effective exercise regime has superior positive effects in leg strength, aerobic capacity and body composition compared with placebo and a 300 mg/day dose. Testofen® may be an effective ergogenic aid for those wanting to rapidly improve their exercise performance capabilities and body composition above and beyond that of only exercise training.

DISF-SR was administered to measure quality of sexual functioning, along with QOL measures.

This study suggests that 600mg Testofen® can improve physiological aspects of libido and may assist to maintain normal healthy testosterone levels.

A double-blind, randomized, placebo-controlled human clinical study to assess the efficacy and safety of Testofen® on physiological parameters related to muscle anabolism, androgenic hormones, and body fat in 60 male subjects during an 8-week resistance training program.

This study suggests Testofen® to provide anabolic and androgenic activity in resistance trained male subjects by improving body fat without a reducing muscle strength or repetitions to failure. Testofen® was also found to be safe and well-tolerated. 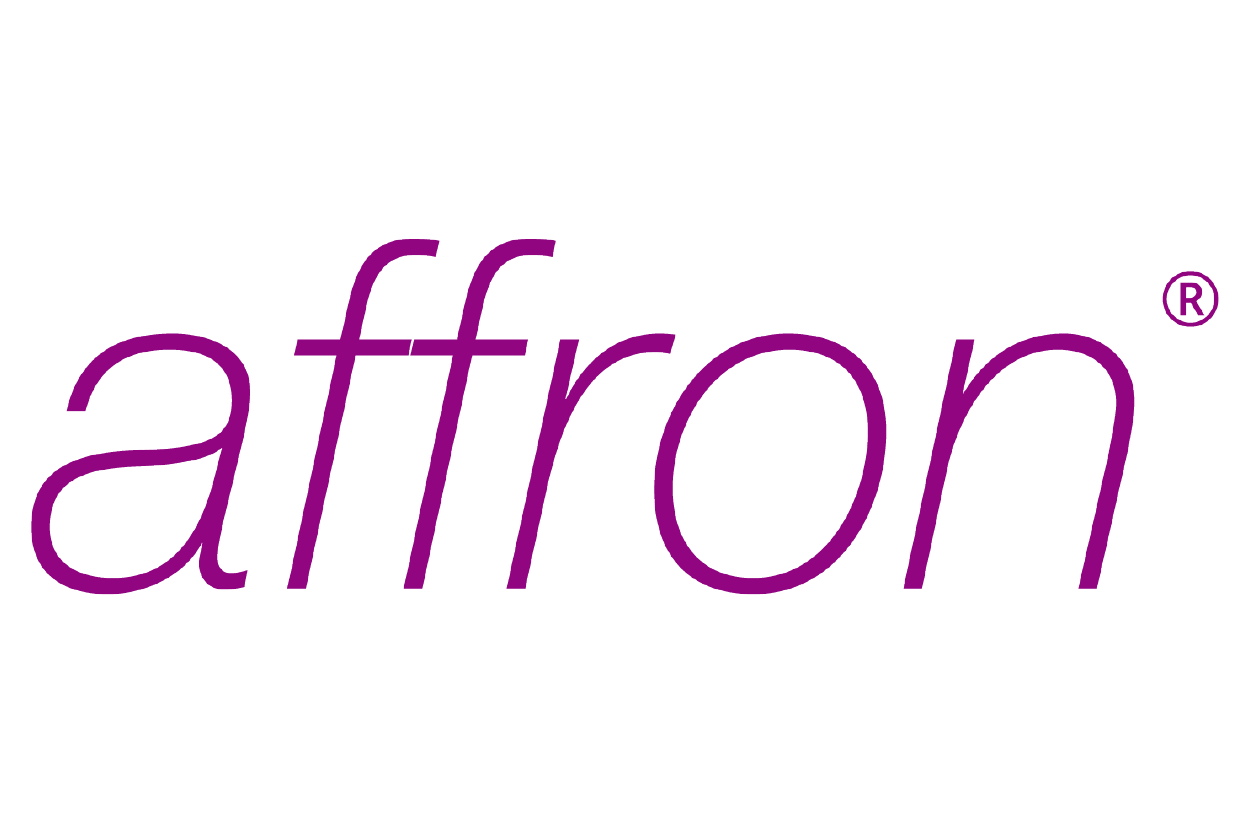 These results indicate affron® to be a safe and effective ingredient to help support mood and sleep. This opens up new horizons in promising natural therapies.

A single dose, randomized, double blinded study was used to evaluate the bioavailability (of crocins) of two different saffron doses (56 mg and 84 mg).

A randomised, double-blind, placebo-controlled study to investigate the efficacy of 28mg/day affron® for encouraging a positive mood, occasional stress, and sleep quality in 128 healthy adults over 4 weeks. 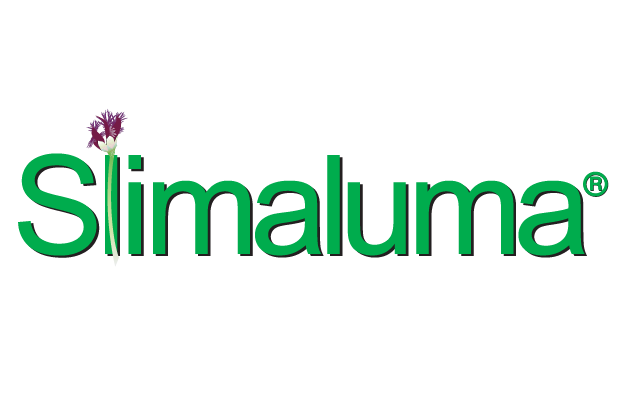 There was also trend towards a greater decrease in body weight, body mass index, hip circumference, body fat and energy intake between assessment time points in the experimental group, although not different between experimental and placebo groups.

These results indicate Slimaluma® to suppress appetite, and reduce waist circumference when compared to placebo over a 2 month period.

‍A 12-week randomised, placebo-controlled study to assess the effect of Slimaluma® on risk factors of metabolic syndrome in metabolic 43 obese and overweight subjects.

This suggests that supplementing with Slimaluma® whilst controlling overall dietary intake and physical activity may potentially play a role in curbing central obesity, the key component of metabolic syndrome.

An 8-week randomized placebo-controlled clinical trial on the efficacy of Slimaluma® for reducing anxiety and stress in 97 healthy adults with mild-moderate anxiety.

The findings indicate that Slimaluma® is superior to placebo in reducing subclinical anxiety and stress over 8 weeks.

Kell, Graham, A. Rao, and M. Katsikitis. "A randomised placebo controlled clinical trial on the efficacy of Caralluma fimbriata supplement for reducing anxiety and stress in healthy adults over eight weeks." Journal of affective disorders246 (2019): 619-626. 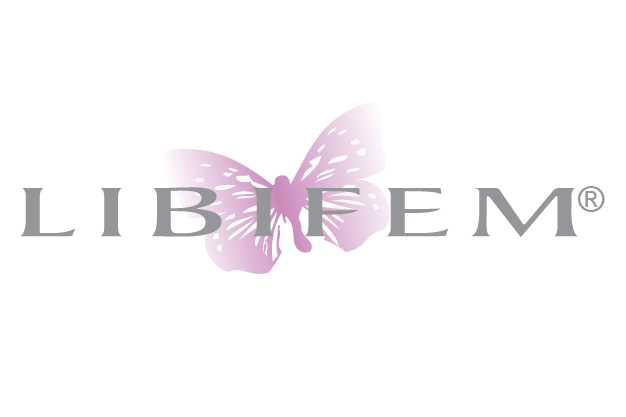 A 12-week double-blind, randomised, placebo-controlled study to assess the effect of Libifem® in reducing menopausal symptoms in 115 women (aged 40-65).

The average estradiol levels were similar in both the active group and placebo group after treatment.

This study demonstrated that Libifem® may reduce menopausal symptoms in healthy women.

The results indicate that Libifem® may be auseful treatment for increasing sexual arousal and desire in women. 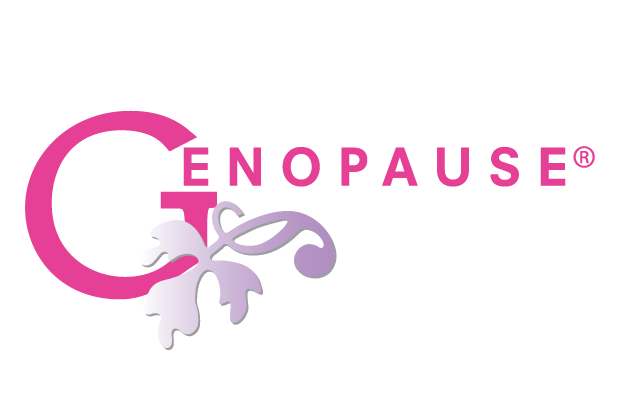 A 12-week double-blind, randomized, placebo-controlled trial to examine the safety and efficacy of Genopause® in reducing vasomotor and other menopause-associated symptoms in 117 healthy women (aged 40-65).

There were no significant changes observed in serum hormone levels or health indices between the active and the placebo group.

This study demonstrated Genopause® to be a safe and effective treatment for reducing menopausal symptoms in healthy menopausal women over a duration of 12 weeks. 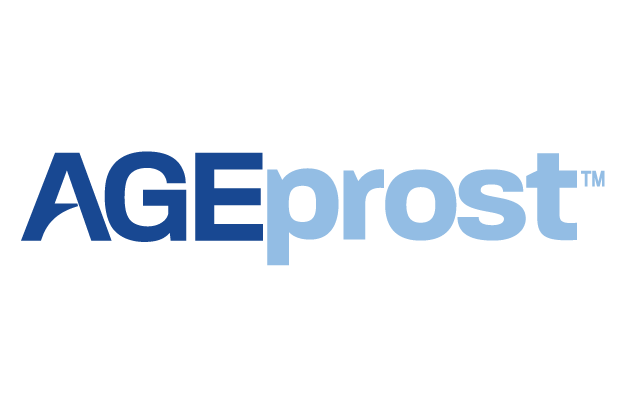 Overall, steroid hormones, SHBG, PSA levels, DHEA and Cortisol remained within the healthy reference range in both groups and remained stable over the 12 weeks. There were no changes in associated age-related symptoms and sexual function in either group. Treatment was well tolerated and there were no serious adverse effects observed during the study period.

The overall results indicate that AGEprost® may be an effective treatment for reducing symptoms of BPH in healthy men, in part, through inhibition of 5‐alpha‐reductase enzyme activity.

A randomized, double-blind, placebo-controlled clinical study to evaluate the efficacy and safety of a novel herbal composition in improving testosterone levels in 120 healthy young males (aged 21-35) over the course of 56-days.

These results indicate that Tesnor® helps to maintain an elevated level of testosterone in circulation by lowering the coritsol level and reducing the metabolic conversion of testosterone to estradiol.

This study demonstrates that supplementing with Tesnor® for 56 days significantly improves free and total testosterone levels in serum of young male subjects with no significant changes in vital signs, hematological, and biochemical parameters. Concurrently, those who supplemented with Tesnor® showed improvement in their hormonal profiles and muscle parameters. Overall, the participants well-tolerated the study supplement during the study.

A randomized, double blind, placebo controlled study to evaluate the efficacy and safety of a novel herbal composition improving aging males symptoms in 120 healthy males (aged 36-55) over the course of 56-days.

These results indicate that supplementing with Tesnor® can be a promising strategy to improve aging male symptoms, psychological wellbeing, sexual behavior, and muscle strength in males. 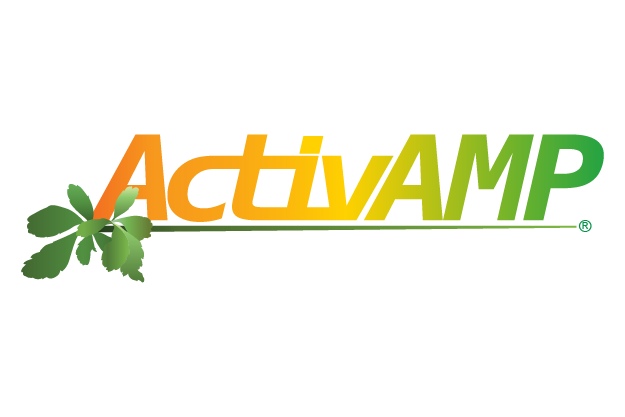 A 12-week randomized, double-blind, placebo-controlled study to asses the effect of ActivAMP® on 80 overweight participants.

This study revealed that Gynostemma pentaphyllum is a potent antiobesity reagent that does not produce any significant adverse effects. These results suggest that supplementing with G. penyaphyllum may be effective for treating obese individuals. 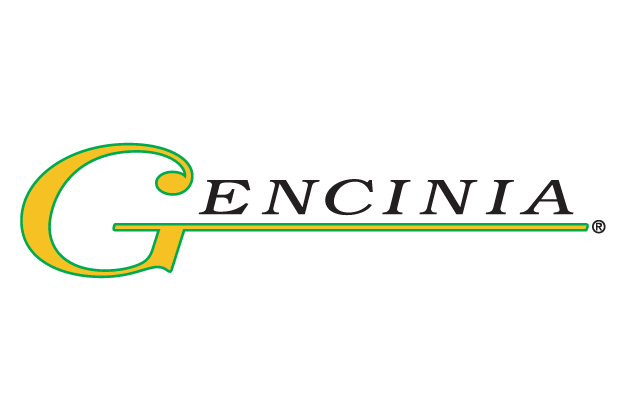 This study suggests that Coccinia cordifolia extract has a potential hypoglycemic action in patients with mild diabetes.
‍ 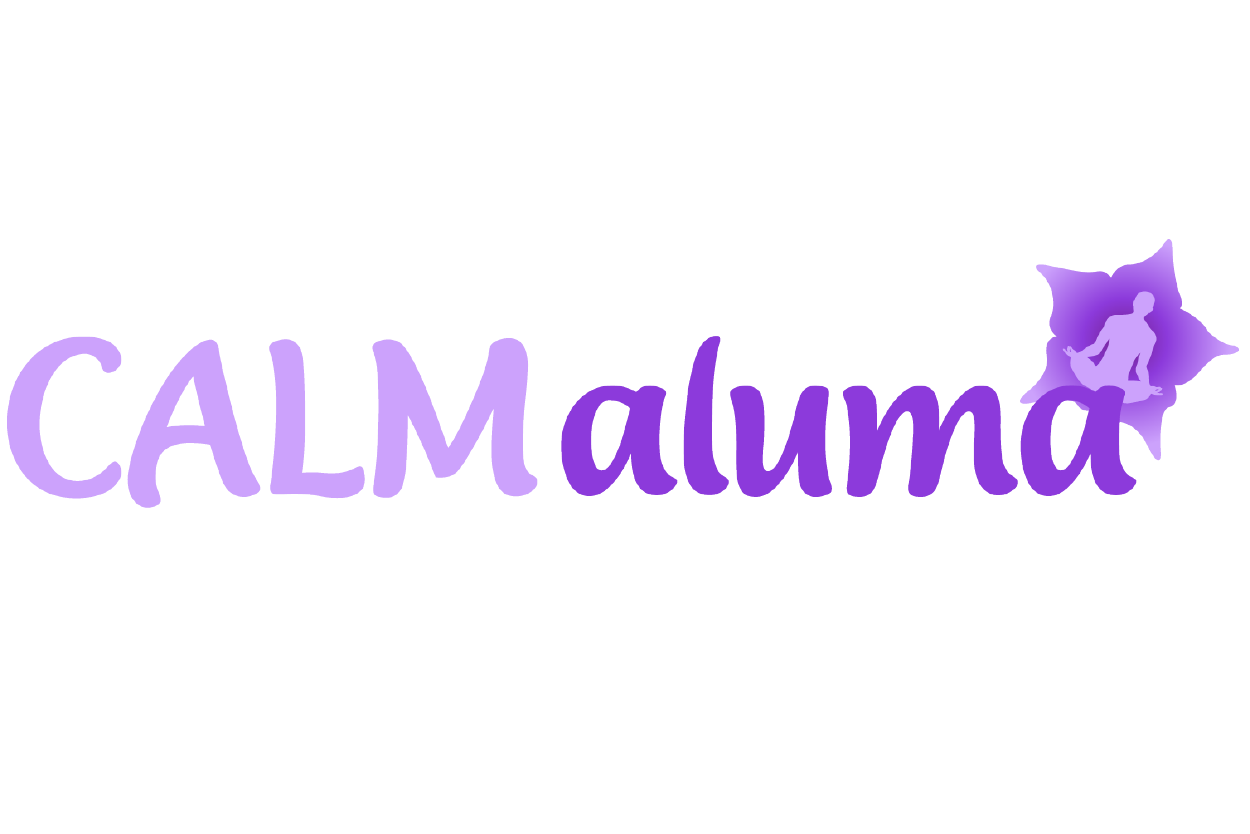 Study results for a clinical trial at University of Sunshine Coast, Queensland, Australia

An eight-week double-blind, randomized placebo controlled clinical trial was conducted using CALMaluma™ on 97 patients (49 in the active group and 48 in the placebo group).

The study showed statistically significant results in the active group when compared to the placebo for: 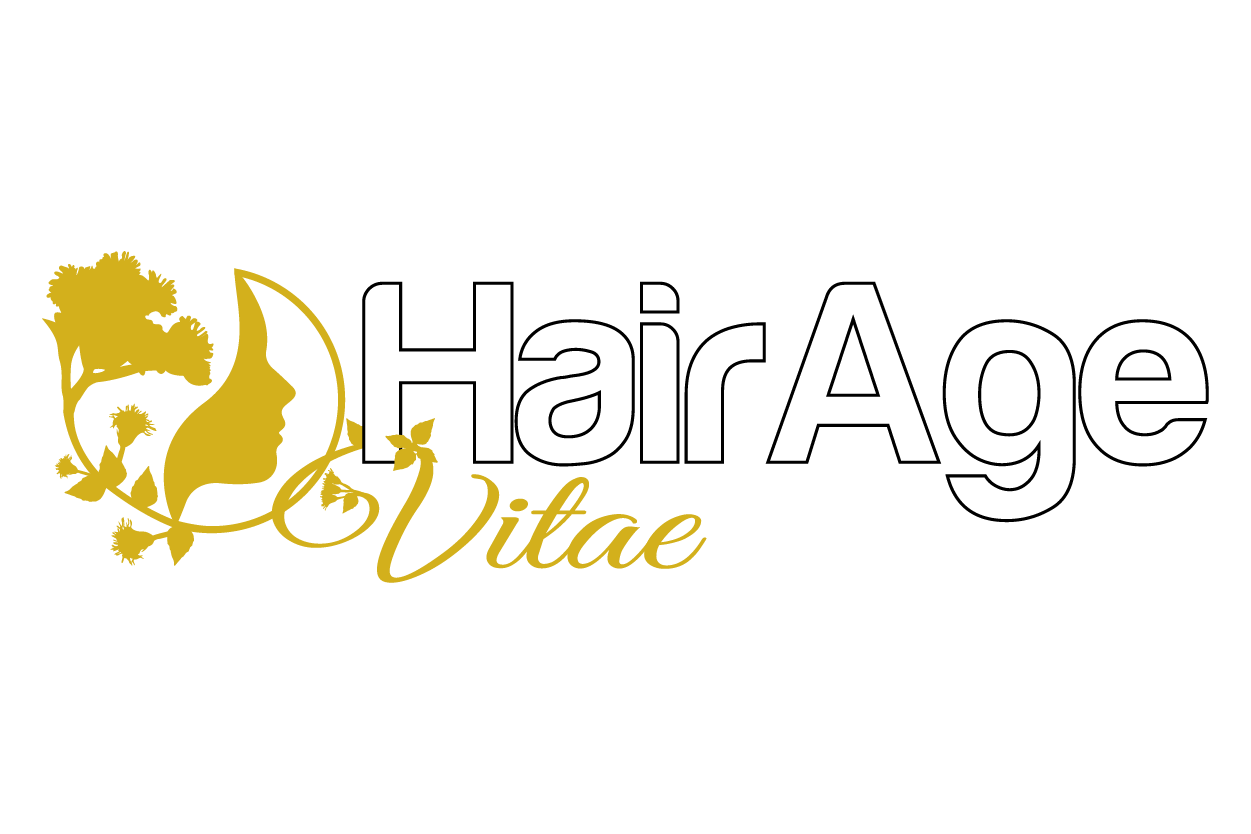 After 48 hours of treatment, there was a significant reduction (3-fold reduction) in 5α-reductase type 1 mRNA expression in the 0.1 mg A. conyzoides group compared to negative control.

Effect of A. conyzoides on inhibition of PGD2 production in Human Hair Dermal Papilla Cells (HHDPC) after 6 h treatment

After 6 hours of treatment, there was a significant inhibition of PGD2 release in HHDPC in A. conyzoides groups compared to negative control.

There was a dose-dependent increase in proportion of participants who:

The majority of participants:

All participants self-reported an improvement in their hair loss symptoms
‍

Efficacy of a Topical Application of Ageratum Conyzoides

The results from our study demonstrate a net increase in hair growth following topical application of A. conyzoides. 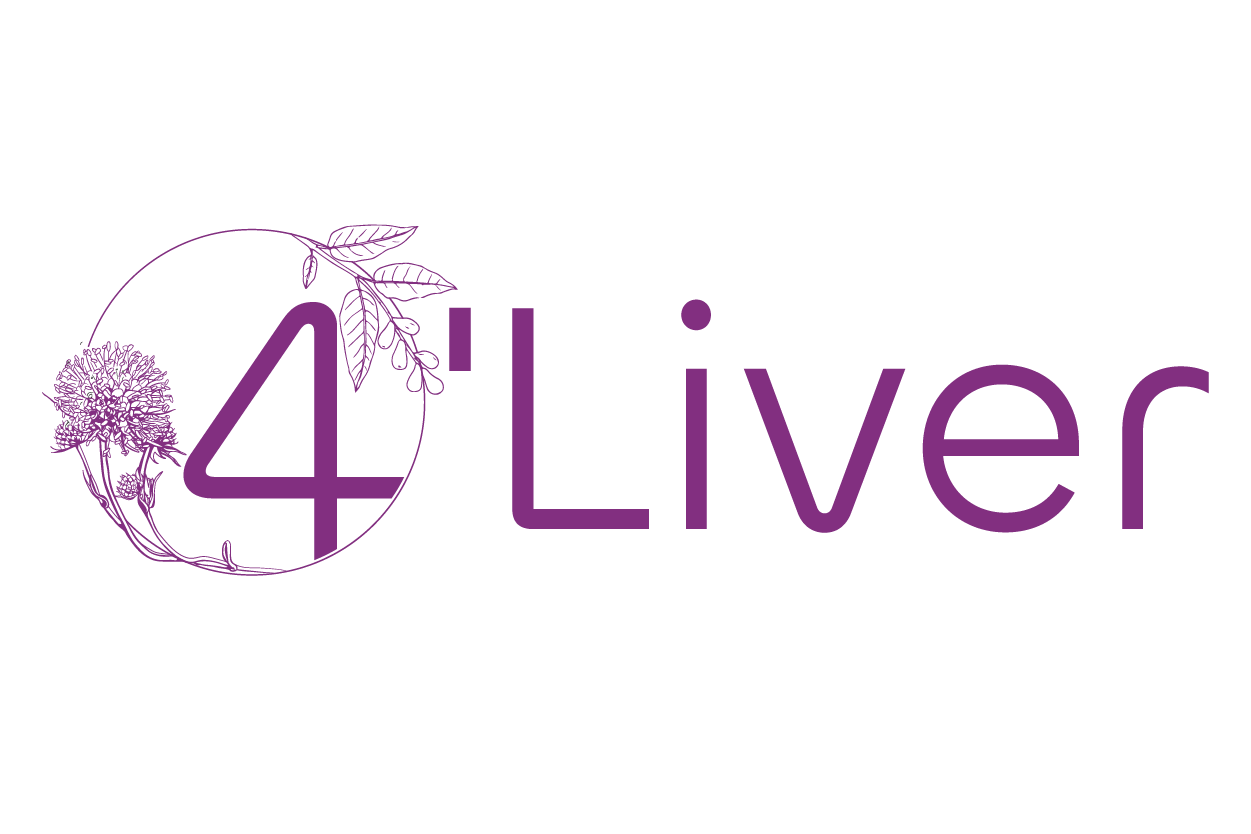 Randomized, Double-blind, Placebo and Active comparator-controlled study, to evaluate the efficacy of a novel herbal composition to improve Liver function and well-being of non-alcoholic subjects with elevated Fatty Liver Index.

* These statements have not been evaluated by the Food and Drug Administration. This product is not intended to diagnose, treat, cure, or prevent any disease.‍