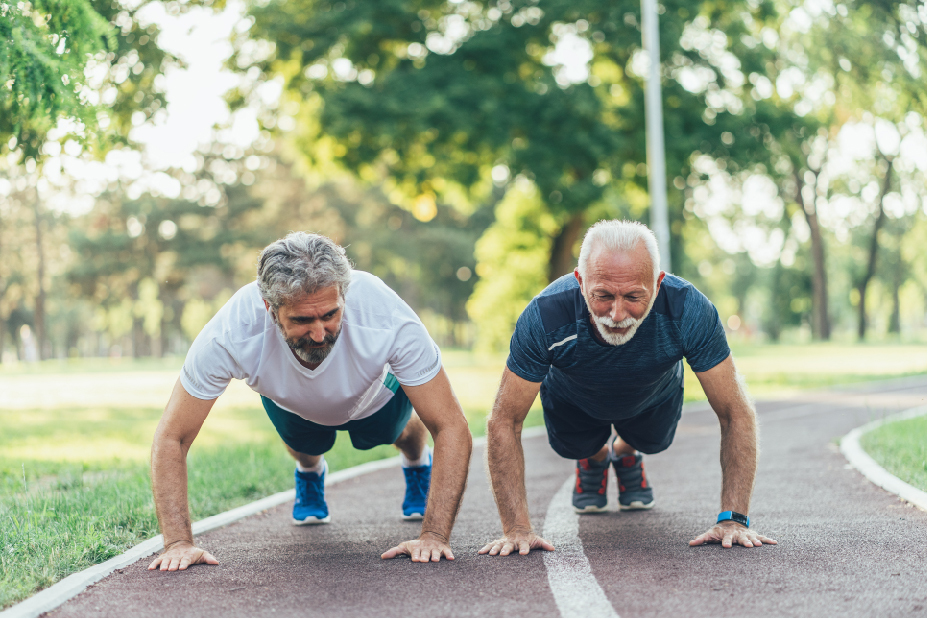 ActivAMP – To Combat a Sedentary Lifestyle?

‍Plato, the Greek philosopher who lived in the 4th century BC, knew something about good health and how to maintain it. ‘Lack of activity destroys the good condition of every human being,’ he declared, ‘while movement and methodical physical exercise save it and preserve it.’ A mere 24 centuries later, we have arrived at the same conclusion. The mechanistic links between a lack of physical activity and health have finally been uncovered, and centre on the master metabolic regulatory enzyme 5' adenosine monophosphate-activated protein kinase, or AMPK.

‍AMPK can be regarded as a metabolic master switch which determines whether available energy is utilised to meet immediate requirements, or stored for future use. Aerobic exercise generates hypoxia and increasing levels of cAMP in skeletal muscle, and this activates (phosphorylates) AMPK both in muscle and in the liver. Once activated, AMPK ‘instructs’ the body to start burning energy and stop storing it. This entails a broad and coordinated set of responses.

Specifically, activated AMPK interacts with another gene called MTOR to stimulate autophagy in muscle, a complex process which can be regarded as a form of house-keeping or re-modelling (2). Old cellular elements such as mitochondria and contractile proteins are broken down, re-cycled and replaced with new ones. In favourable conditions which include the availability of appropriate nutrients such as the relevant amino acids, the co-factors for protein synthesis, and sufficient levels of anti-inflammatory elements such as the polyphenols (3) and omega 3 fatty acids, resistance or endurance exercise will create positive changes. Resistance exercise favours increased muscle mass, while endurance exercise favours improved capillary networks and more efficient contractile mechanisms (4).

Both patterns of autophagy, however, induce mitochondrial neogenesis and a simultaneous increase in the numbers of GLUT4 receptors on the muscle cell membranes (5). These changes increase the muscle’s ability to carry out oxidative phosphorylation (ie the muscle gets fitter). Related important benefits include restored or improved insulin sensitivity, while increased expression and activity of muscle LPL leads to improved plasma lipid profiles. If that was all, it would explain only a fraction of the benefits of exercise – but there is more. Activated AMPK also increases fat burning via beta oxidation (4), and inhibits both cholesterol synthesis by down-regulating HMG CoA reductase (6), and fat formation by down-regulating acetyl CoA carboxylase. (2)

The net effects of this AMPK-induced cascade include improved muscular performance, visceral and other fat loss, and the reversal of metabolic senescence (7, 8). These benefits of physical exercise are well known; at last we have an understanding of how they are mediated, and why Plato was right.

‍Recent research by NASA and others showed the existence of a second pathway which achieved AMPK activation, namely resistance exercise; and work by the Lee Laboratories at the University of Michigan, and by other groups, has demonstrated that this involves the up-regulation of genes which code for a family of at least 3 stress-inducible proteins called sestrins (9, 10). The sestrins are classified as ‘alarmins’, a growing family of stress-inducible (ie hormetic / protective) proteins which include the HSP’s (heat shock proteins) and AMP’s (anti-microbial proteins). Whereas the HSP’s are preferentially induced by thermal, osmotic and oxidative stresses, and the AMP’s by the presence of potential pathogens, the sestrins appear to be preferentially induced by physical stresses as detected by transponder systems in skeletal muscle and bone.

The xeno-hormetics, formerly categorised as adaptogens, are known to act inter alia by inducing stress proteins such as the HSP’s; and recently, a number of traditional xeno-hormetic herbs have been screened for sestrin / AMPK activity. During ethnobotannical screening in South Korea, experts identified the herb Gynostemma pentaphyllum, a member of the Cucurbitaceae family, as a candidate for research. Traditionally made into a tonic for the frail and elderly, its documented benefits reproduce the expected effects of exercise or AMPK activation. The fact that its traditional name Jiaogulan, translates as ‘little herb of immortality’, further sparked the researchers’ interest. They soon established that extracts of this herb did indeed activate AMPK, presumably via sestrin up-regulation; and as a result of this pioneering work an extract of Gynostemma pentaphyllum standardised to its actives, saponins known as damulins (12), has now been commercialised by a South Korean university spin-off. The extract is called ActivAMP.

‍Pre-clinical work established that ActivAMP exerted the same effects in ob/ob mice as the herb did in humans, and also promoted weight management (13). The 2 saponins, Damulin A and B were potent AMPK activators, considerably more so than AICAR, a molecule that also activates AMPK and is thought to have won several Tours de France before it was banned in 2011(14, 15).

‍A program of clinical work was subsequently initiated and the first of these, a study of the effects of ActivAMP, has just been published in the prestigious journal Obesity (8).
In this double-blind trial, 80 subjects with a BMI between 25 and 30 were randomised to active or placebo groups and treated for 12 weeks. The active group received capsules containing 450 mg ActivAMP per day; no recommendations were made regarding dietary or exercise. At trial end, total abdominal fat area, body weight, body fat mass, percent body fat, and BMI were significantly decreased (p=0.044, p<0.05, p<0.0001, p< 0.0001, and p< 0.05, respectively) in the active group compared to the placebo group. Interestingly, the reductions in visceral adiposity were particularly marked, as they are following exercise (Figure 2). No clinically significant changes in any safety parameter were observed.

‍ActivAMP is a tool we can use to help activate the profound energy switching enzyme AMPK, and replicate the metabolic and health benefits of exercise.* It also clearly has a role in sports and athletics, where its ability to improve muscle fitness is creating intense interest in professional circles*. ActivAMP is being launched by Gencor this year.